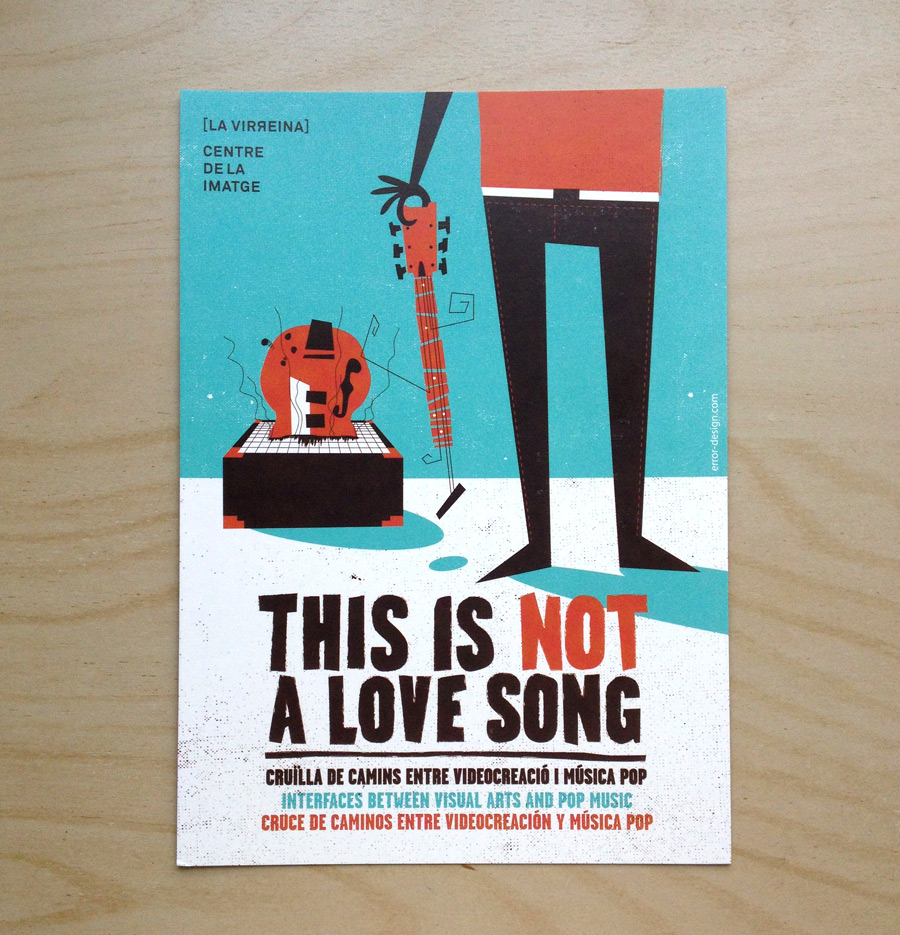 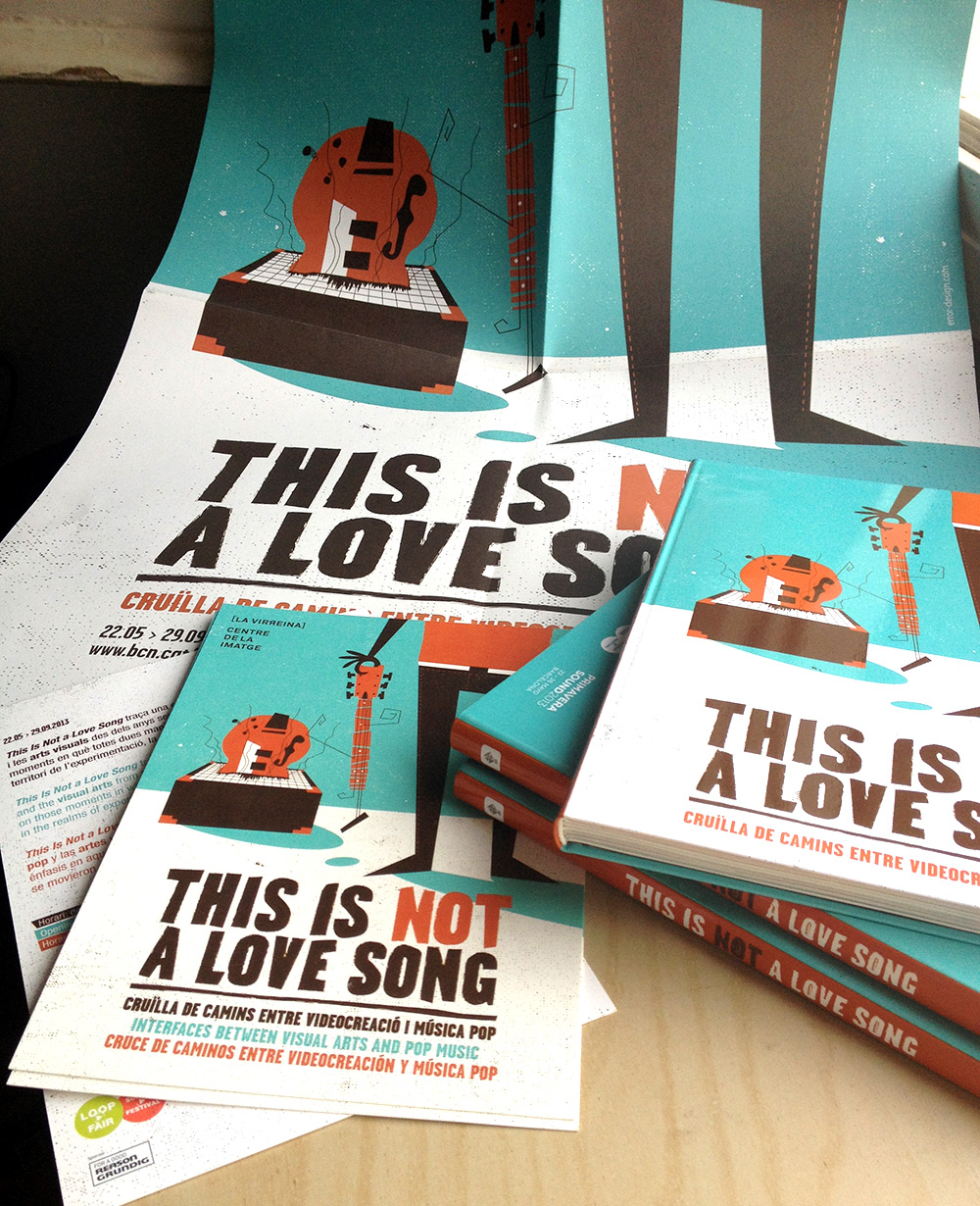 This is not a love song

Branding & Illustration for “This is not a love song” exhibition in Barcelona.

This is Not a Love Song sets out to trace the genealogy of the relations between pop music and video-creation from the 1960s to today, with emphasis on those moments in which there was feedback between the two manifestations as they explored the field of experiment, utopia and political incorrectness.

Since the 1960′s, various generations of avant-garde artists have integrated into their production processes elements that are related with the attitudes and imaginaries of pop music. Artists of the calibre of Andy Warhol, Vito Acconci, Dan Graham, Nam June Paik, Joseph Beuys, John Baldessari, Rodney Graham, Tony Oursler, Christian Marclay, Mike Kelley, Douglas Gordon, Jeremy Deller o Damien Hirst, and many more, up to our days, have approached this genre in some of their most outstanding works, sometimes even collaborating with different rock bands or recording their own albums. Similarly, leading musicians such as John Lennon, David Bowie, Pete Townshend, Syd Barret, Brian Eno, Alan Vega, David Byrne, Laurie Anderson and members of essential bands of the last two decades, like Sonic Youth, REM, Blur, or Franz Ferdinand, all trained at art school before becoming professional musicians.