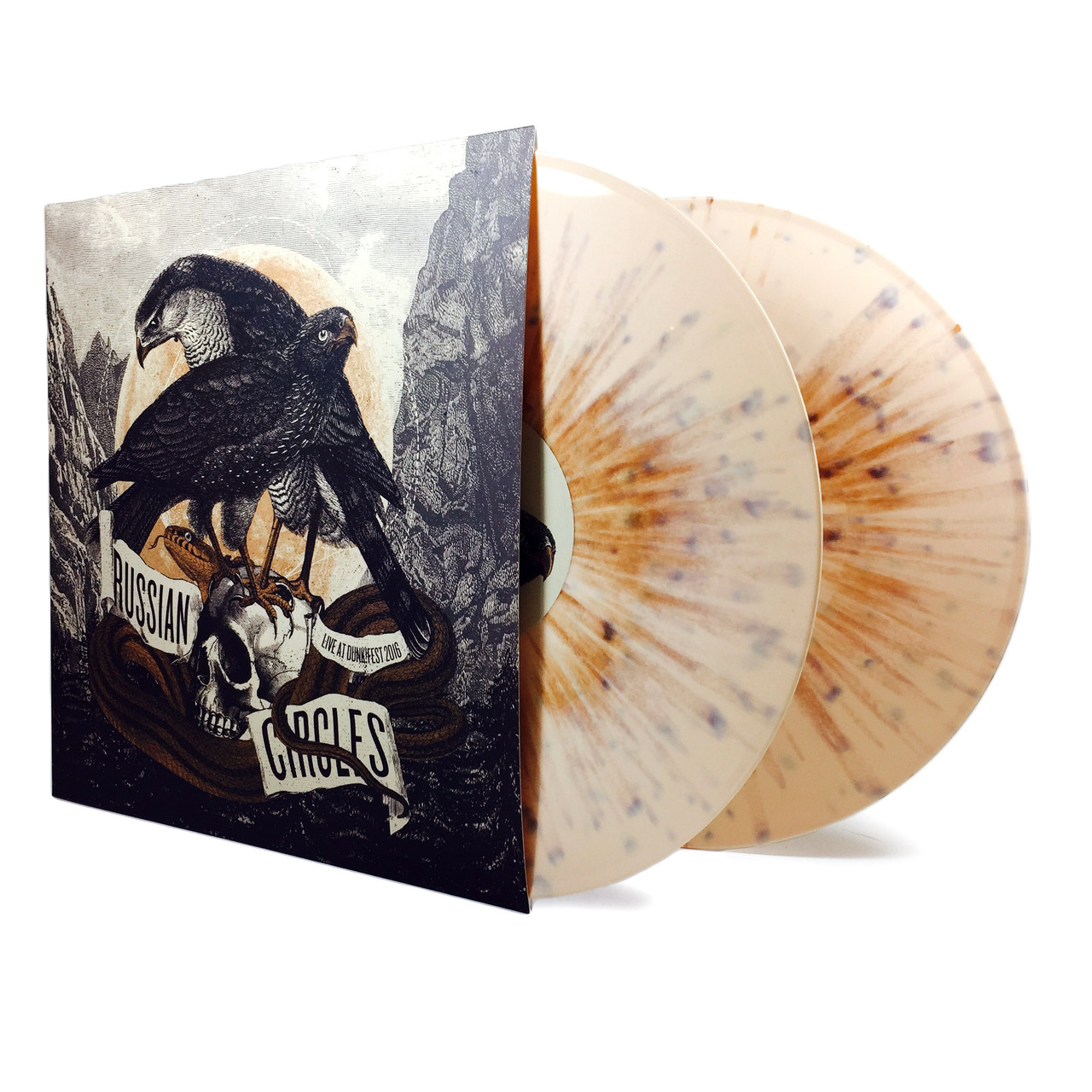 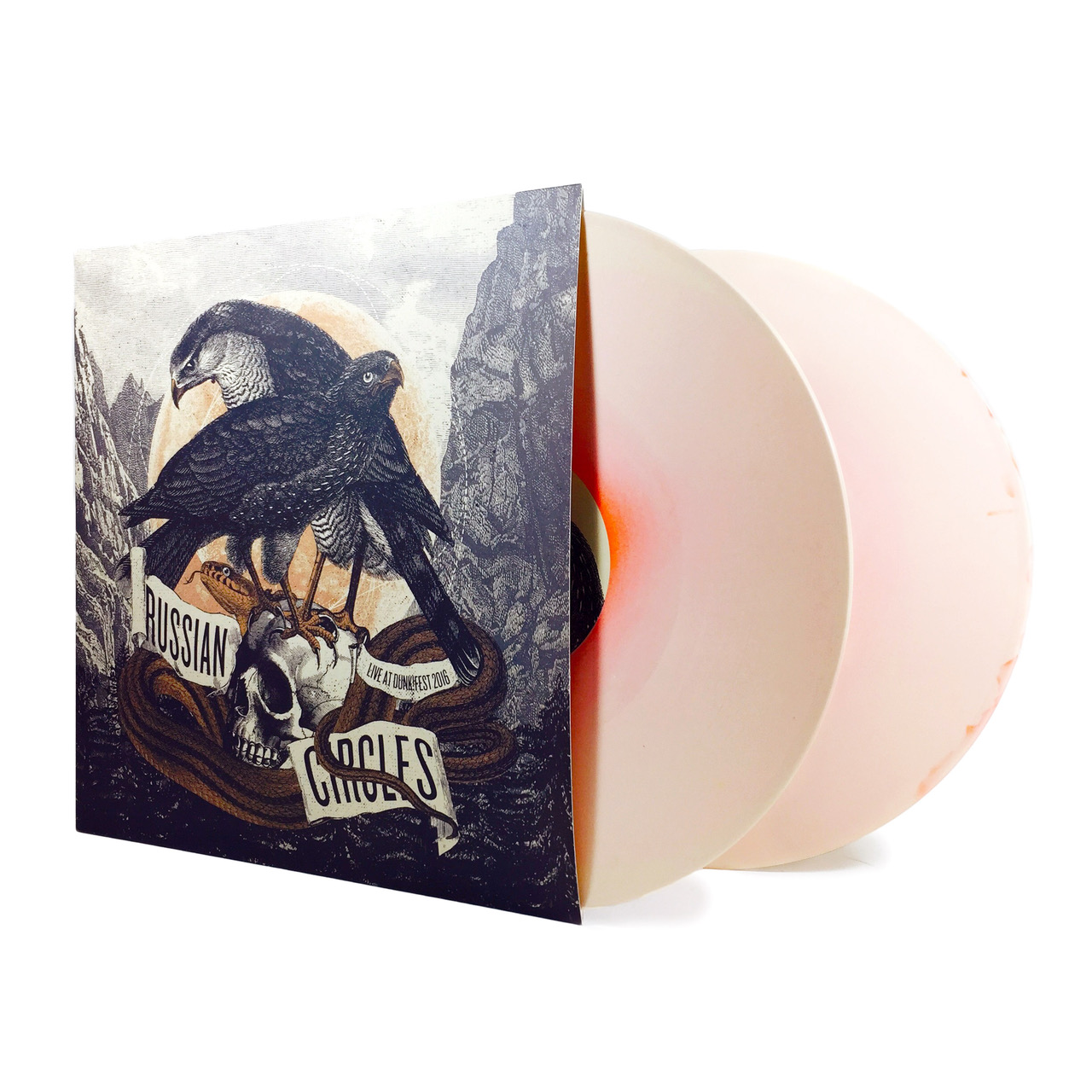 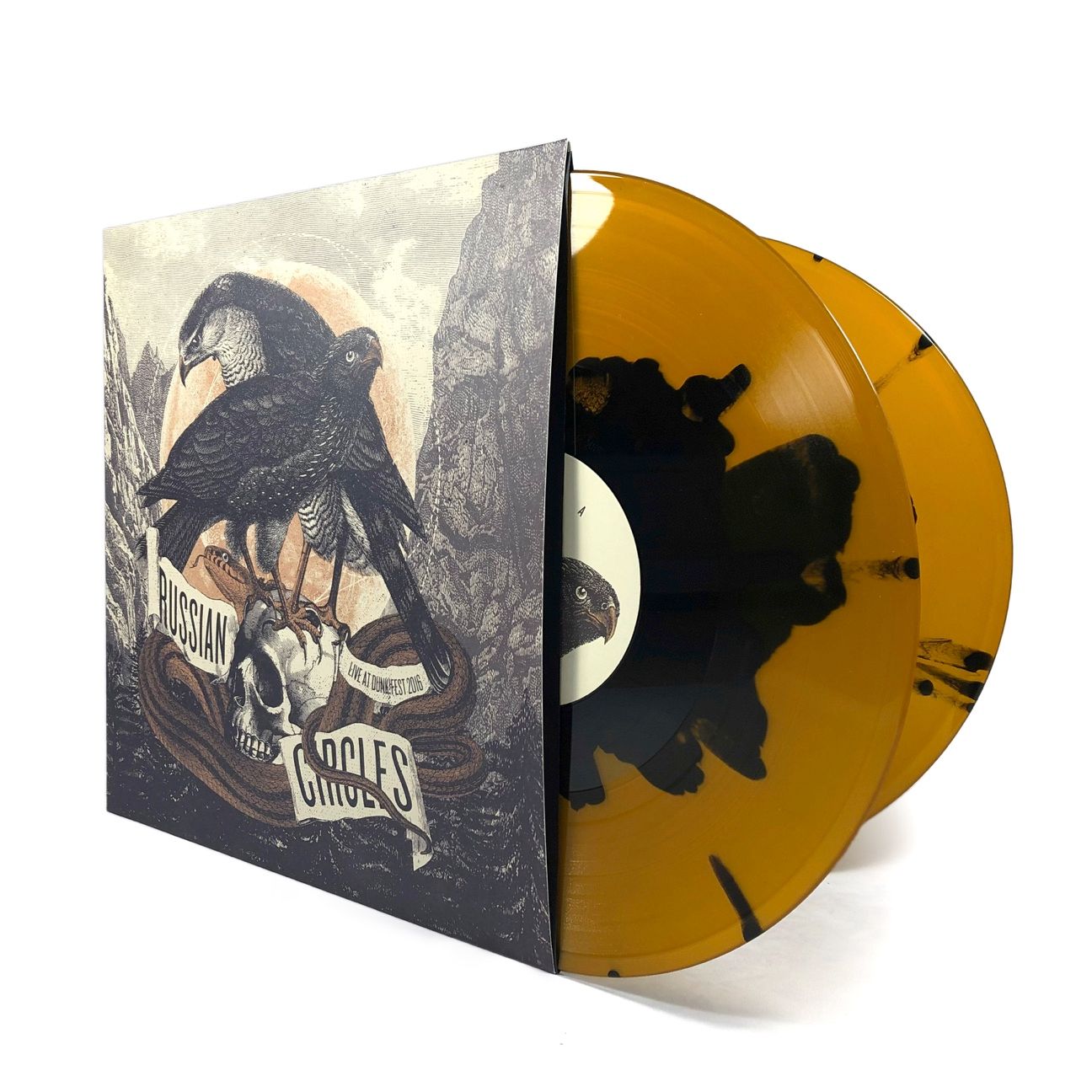 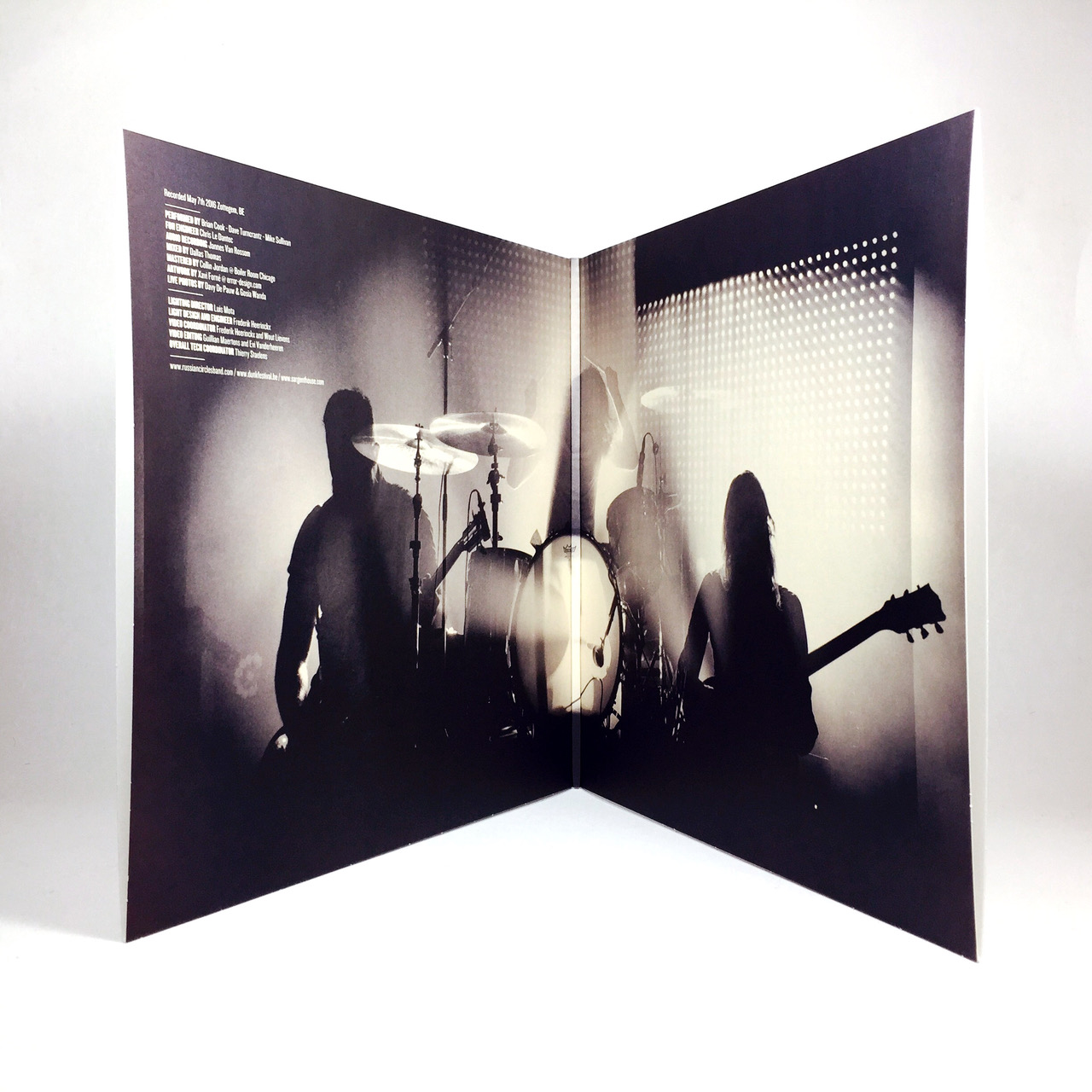 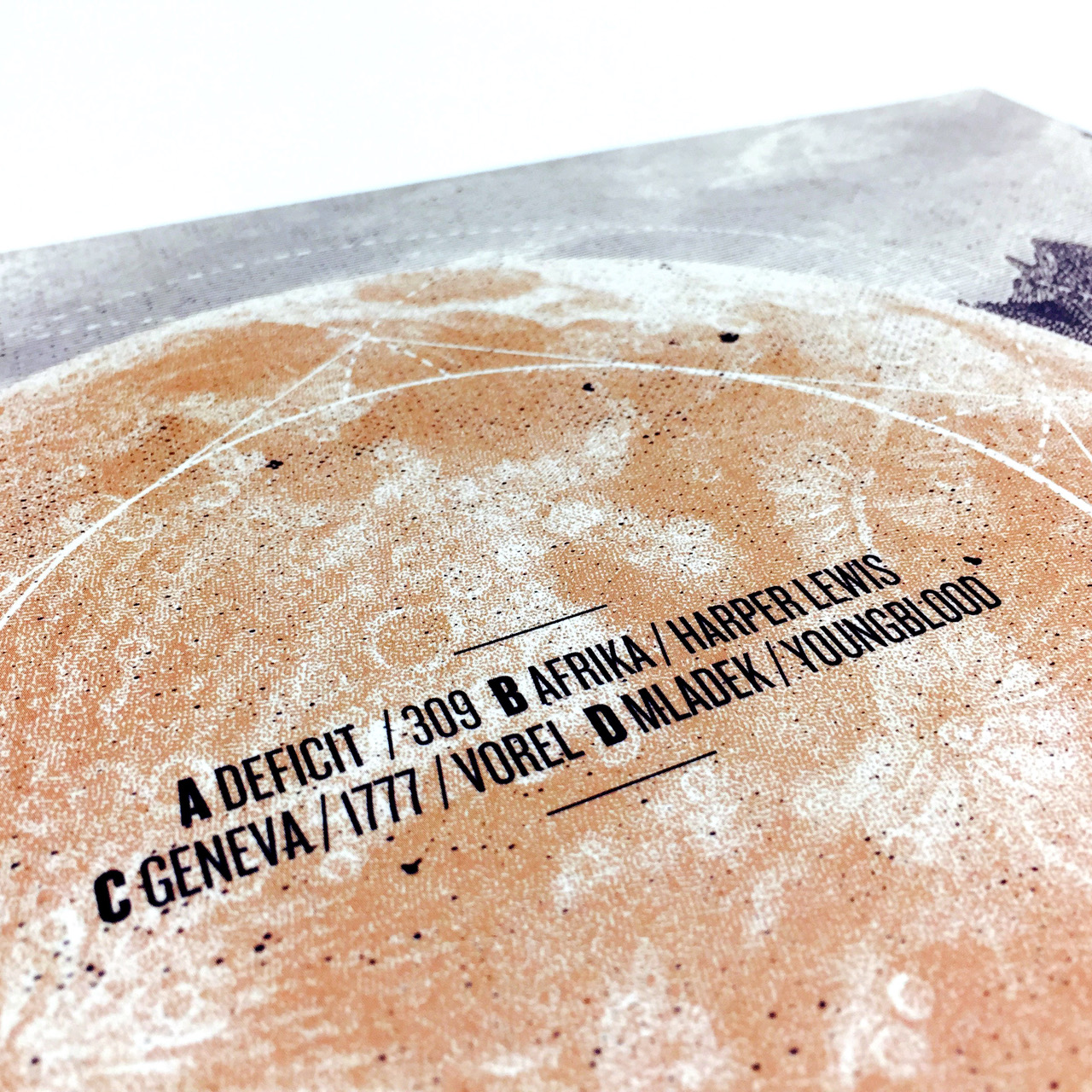 This is a live album by Russian Circles, recorded at dunk!festival2016.
Pressed on double vinyl, colored and 180g in gatefold cover(upgraded cardboard, printed inside out). Comes in two different color configurations (splatter sold out).
Release: April 13th, 2017.

This album is the very first live album by Russian Circles and it was recorded at dunk!festival 2016 where they headlined that edition. We knew what these guys from Chicago were capable of so we expected a lot of their show but we didn’t knew it was going to be perfect. So we thought we should have this pressed on vinyl and make it a physical memory to this amazing performance.

The tracks, recorded by Jannes Van Rossom (Deaftone) and Thierry Staelens were mixed by Dallas Thomas from Pelican and mastered for vinyl by Collin Jordan (The Boiler Room LLC). These tunes were then pressed on high quality 180g colored vinyl, in two different color configurations. The package comes in an upgraded gatefold cover, printed inside out, designed by Error! Design. The inside is a collage of pictures taken at dunk!festival 2016 by Davy De Pauw and Gosia Wanda.